Home > Our Blog > How the Supreme Court’s potential new ruling is not only bad for women, but also for the children and families they claim to protect

How the Supreme Court’s potential new ruling is not only bad for women, but also for the children and families they claim to protect 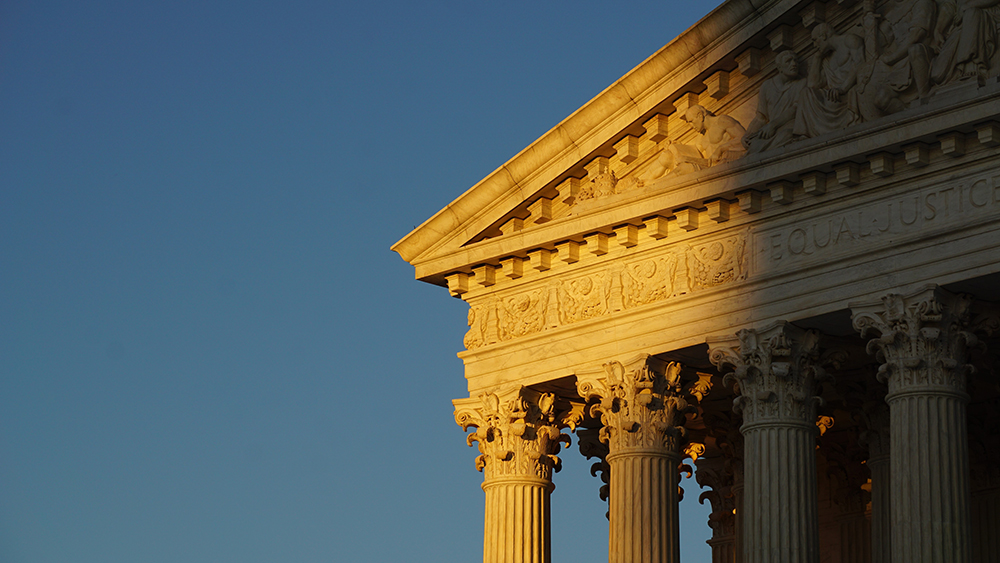 Photo by Ian Hutchinson on Unsplash

First published on An Injustice! On Medium.com
(Note: on the Medium.com platform, the writer retains full rights to her story. Reprints, thus, are permitted)
https://medium.com/an-injustice/scotus-and-the-future-of-women-thoughts-from-a-progressive-in-a-red-state-2deb11a83987

When my son was born, over 19 years ago, my mother, as all proud new grandmothers do, came to the hospital to see us. I was induced overnight Friday and she took up residence in the waiting room early Saturday morning. She immediately began praying for a healthy delivery in this waiting room, chapel, and most corners of the delivery ward and continued until he finally arrived by c-section one Sunday morning. After getting some rest at home, she returned later Sunday to actually meet him and to check on us.

As she was holding my son, she mentioned how sweet he was and then said something that I have never forgotten. She said. “How can people hurt someone like this. How can people kill babies?

I wish I could say that I could not believe she said something this transparently manipulative at such an inopportune time. But, I was not really shocked. She and I had disagreed about abortion since I first learned what it was. She is very catholic and, wanted to be a nun. She seriously considered joining a convent as a child and then again after her divorce from my dad and before marrying my stepdad.

As though this one act, would make me less sympathetic to young women who were less fortunate than I was and could not afford to raise a child. Or young women who wanted something else out of life. I was angry that she thought that, just because I was a mother, I suddenly would understand that all women are meant to be mothers.

I never expressed this anger. I do not remember exactly what I said, but I think that I just ignored her and swallowed my anger. As always. Ignoring her just made my life easier. There were fewer fights this way. At some level, I think she knew that I did not believe in god. But, whenever she asked me, I always said that I did. I did not want to make her worry any more than she already did. My dad, a fellow atheist, tried to convince me once that I should be open with her. That she would want to know the real me and that I would regret it later.

We disagreed on many aspects of church and state. A 2020 Pew Research study, found that only 1 in 3 Americans believe that our country’s policies should be influenced by religious beliefs. Yet, last night, the Supreme Court vowed to do just that. They are playing to a very loud minority that believes churches should take residence in our ovaries.

Yesterday, my niece, a very devout Christian and democrat who does not support the extreme right-winged beliefs of her family and hometown, gave birth to her second child. Several hours later, a document leaked stating that the supreme court planned to overturn Roe vs. Wade. This created the perfect storm to remind me of that day in my hospital room and what my mom said.

My beautiful baby is now out in the world. He is a strong, brave, gay man. Another fact, that my mother has no knowledge of. Now that she has Alzheimer’s, it is moot. And my dad was wrong, by the way. I do not regret not telling her about my lack of belief. Nor does my son regret not coming out to her. While I am not glad she has Alzheimer’s, I am glad that it will prevent us from rehashing conversations like these during this news cycle.

My views on abortion have not changed over the years. I have not had one. I have been lucky in that I never experienced an unwanted pregnancy (despite a scare my now-husband and I had in college) But, that does not mean that I think they are wrong for everyone. Even though I am years past being able to have children, I feel bad for the young women who are just beginning their childbearing years.

I feel angry that they will have this option taken away from them by four men and one extremely conservative woman. Three of which were appointed by a man with no respect for the constitution and who pandered loudest to this base. I feel scared for the babies that will be born to parents that do not want them, are afraid for their own health and safety or are otherwise unable to provide a good life for them.

I am angry that the five people who believe it is their right to overturn Roe v Wade do not care to ensure that these children and their mothers are provided for a single second beyond, or even during delivery. I am stunned that their “pro-life” supporters do not care that they are not truly about supporting life in any meaningful way.

Nearly two years ago, the supreme court upheld broad religious exemptions to health insurance providing birth control. The same group that wishes to take away a woman’s choice, does not believe in teaching about or providing birth control that would prevent these unwanted pregnancies in the first place. They do not care about the babies’ pre-conception.

Nor do they care about the babies after birth. According to a June 2021, Center for American Progress report “At just over $1,300 per month, families with infants would need to pay nearly $16,000 per year on average to cover the true cost of child care.” This is far more than most families can afford. They also found that the 26% average rate that states subsidize for infant care, does not cover the true cost of infant care, which is on average 49% higher than preschoolers.

And this extends beyond child care into education. A June 2020 Century Foundation study found that we are underfunding our public schools by nearly $150 billion (yes, billion with a B) per year.

And as for teaching our school children about birth control, preventing the next generation of unwanted pregnancies — that is a non-starter. Less than half of US states require sex education. And only 10 of those require it to be medically accurate. Only 9 require any mention of consent. You can see where your state stands here.

They do not even care about these babies during labor. According to Lending Tree, in February of this year, the average cost of childbirth was $13,024 for a vaginal delivery without insurance, and the average cost of a healthy pregnancy and childbirth totals $6,940 with insurance. This creates an insurmountable debt, for many, many American families.

I feel shame that I did not say anything to my mother that day in the hospital. That I was too tired of arguing to address it back then; and that I am too tired (or too timid) to fight with my conservative family now. I am ashamed that I come from a state that has elected Mitch McConnell over and over and over, setting up the perfect platform for this to happen.

I am sad for women of all ages, whether they can bear children or not, whether they want to have families or not. Whether they have yet hit puberty or, like me, have long since reached menopause. I am sad that, once again, we are not seen as independent people, useful for our intellect and our will and our strength, but only for our uteri.

And, I hope that my niece’s birth experience was not tainted by the Alito document link the way mine was tainted by my mother’s manipulative attempt to sway me nearly 20 years ago. We need to do better.

Alisa Richie Childress works as a social services case manager for persons with developmental disabilities. She lives in Louisville, KY. with her husband, newly adult son (at least until he leaves for college in a few months), and a menagerie of pets and board games.